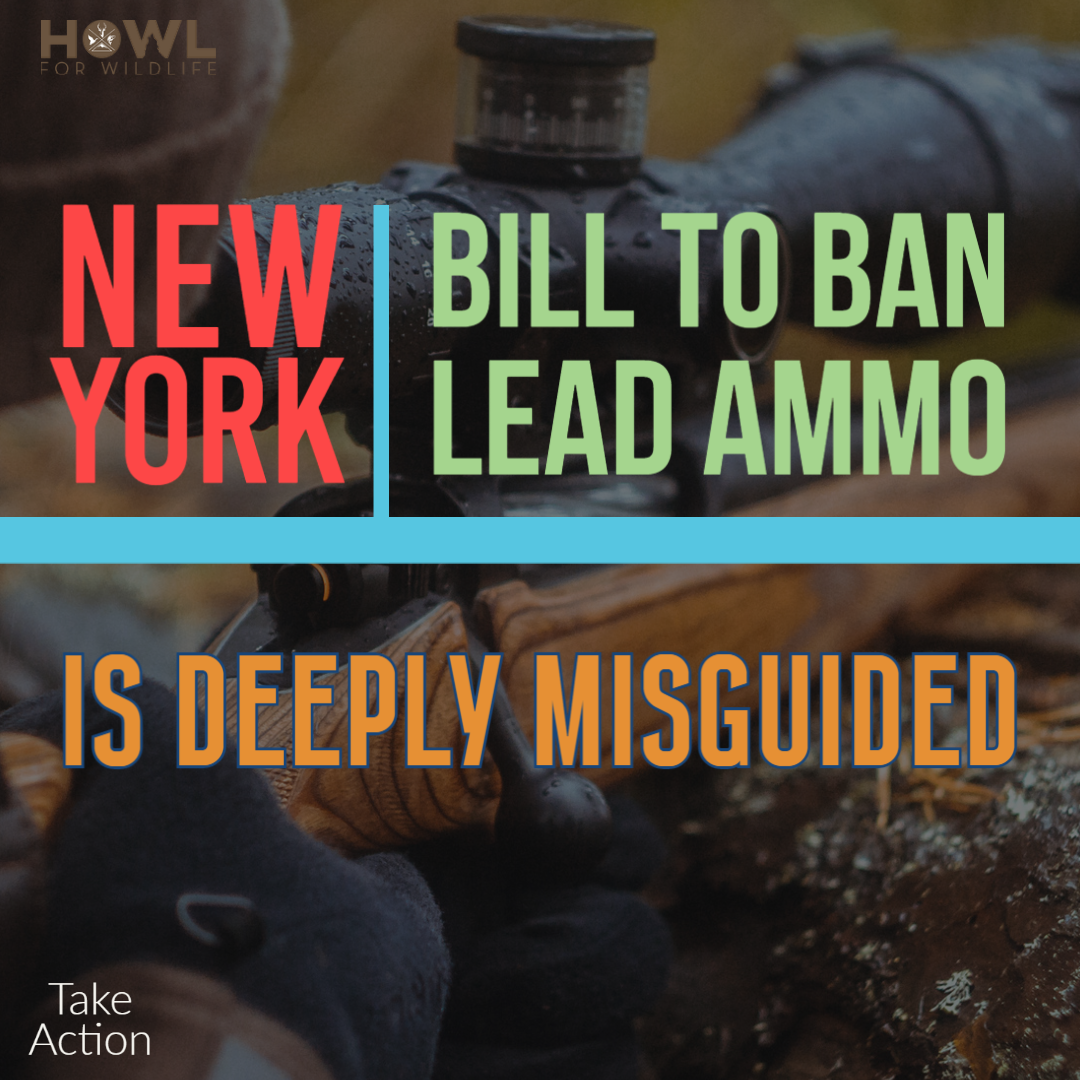 There is a bill moving through the New York State state legislature that would make hunting much more difficult for certain citizens of the Empire State.

New York Assembly Bill 5728 (A5728) would prohibit the use of lead ammunition on state-owned public land, as well as any land that contributes water to the New York City water supply.

More specifically, it “prohibits the use of lead ammunition in the taking of wildlife on wildlife management areas (WMAs), state forests, forest preserves, state parks or any other state-owned land that is open for hunting and on land contributing surface water to the New York city water supply.”

On the surface, this bill may seem like a well-intentioned attempt to reduce the amount of lead on the New York landscape. But further examination reveals A5728 for what it is: a misguided attack on New York’s rich hunting heritage disguised as an environmental advocacy effort. The groups driving this effort are not allies of the hunting community.

According to the National Deer Association, the time to act is now as “the bill has already passed the Assembly and has been referred to the Senate Environmental Conservation Committee.”

Many hunters and conservationists believe that the transition away from lead ammunition is a worthwhile goal, but this process must be driven by the science-backed data of state and federal wildlife agencies, not the political whims of a legislative body like the New York State Assembly.

Forcing an all-encompassing ban on lead ammunition upon New York’s public land hunters would erect imposing barriers to hunter recruitment and retention. To see this scenario play out in real time, look to California, where a similar lead ammo ban has already resulted in a decline in hunter numbers.

In the face of historic, nation-wide ammo shortages, New York’s lead ammo ban could make hunting next to impossible for certain New Yorkers by limiting them to cost-prohibitive premium ammo which is already hard to find on store shelves. If it causes more and more hunters to fall to the wayside, this lead ban could rob the state of critical and substantial conservation revenue that comes in the form of Pittman-Robertson dollars—excise taxes on ammunition.

The data driving New York’s proposed ban on lead ammo is misguided at best. The use of lead ammunition while hunting for waterfowl species has been federally prohibited since 1991. While some species (including certain eagles and the california condor) are negatively impacted by and sometimes die from the lead exposure that results from scavenging on lead-shot gut piles, the population-level impacts of that exposure are a matter of debate.

And when educated about the environmental consequences of lead ammo use and the array of non-lead options available, many hunters voluntarily use non-lead during appropriate hunting scenarios. Hunters have also proven that they are willing to remove lead-exposed gut piles from the field in order to mitigate unintended lead impacts on other wildlife species. When wide-reaching legislative bans like the one that’s currently on the table in New York are used in favor of hunter education and outreach, an opportunity for enduring conservation is lost within that community.

As far as the New York City water supply is concerned, studies have shown that, even at outdoor shooting ranges where spent lead is highly concentrated, lead does not migrate into the water table.

Regardless of where you stand on lead ammo, all encompassing legislative bans like the one currently gaining steam in New York have long-served as a convenient avenue through which the enemies of hunting have sought to chip away at the foundations of the North American Model of Wildlife Conservation.

By taking action below you'll be sending one of over 60 pre-drafted emails to decision makers surrounding this subject.  Of course you can edit these emails to reflect if you are a resident that would be affected by this bill, or your own personal experience, etc...  Please be respectful.