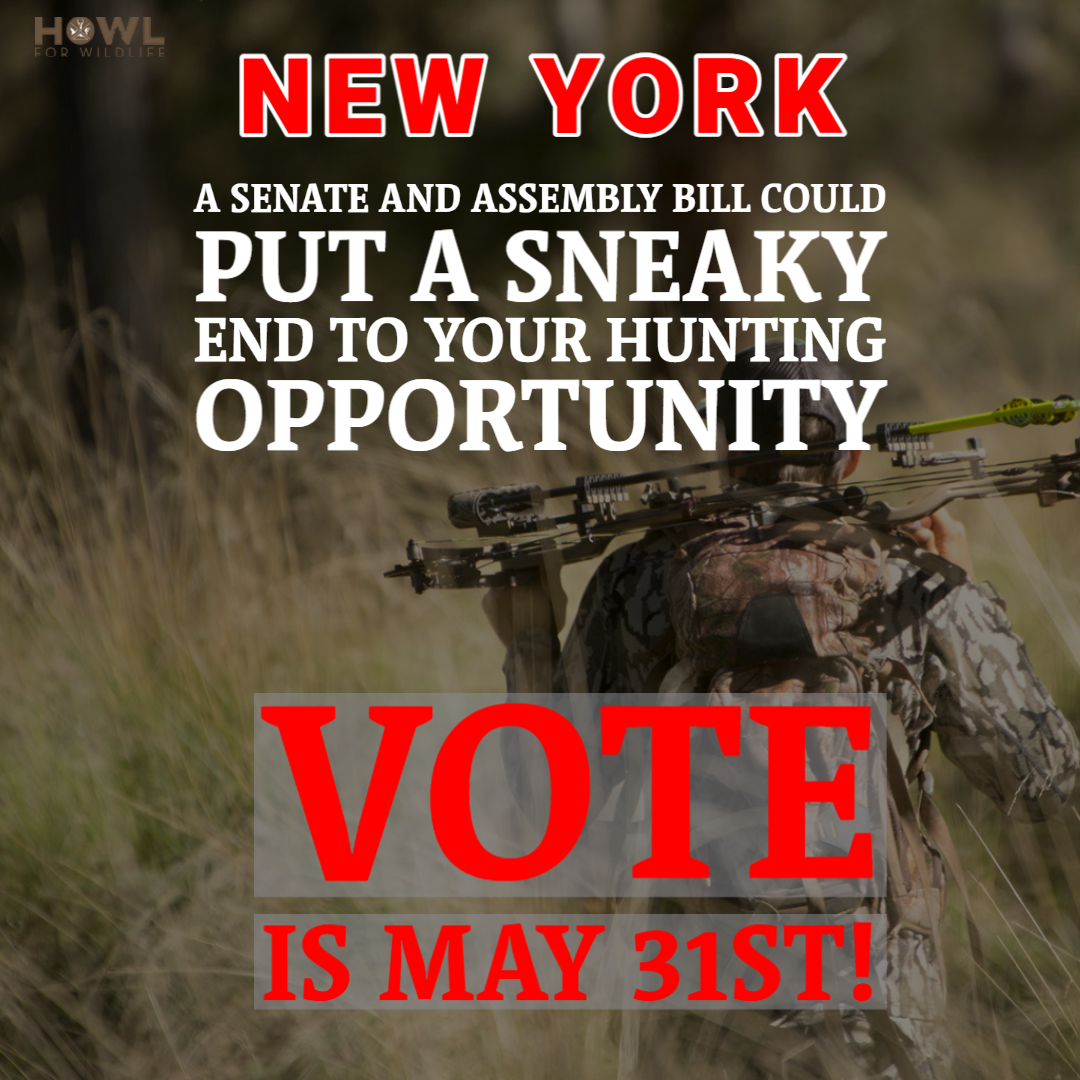 Introduced on May 18th 2022, by Senator Anthony Palumbo, Bill S9345 is an attack on hunting rights that would affectively give anti-hunting groups the ability to limit hunting opportunity by simply opening up a licensed animal rehabilitation facility nearby.

On May 31, the New York Assembly will vote on this bill.  The areas that would be impacted by Assembly Bill 9895 are in Southampton.

YOUR VOICE NEEDS TO BE HEARD NOW.