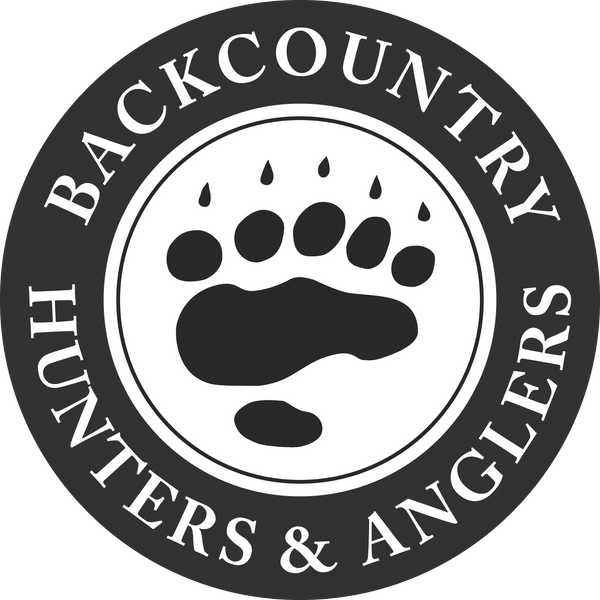 CA-BHA Letter to CDFW:
The California Department of Fish and Wildlife (CDFW) has repeatedly affirmed the value and validity of a black bear (Ursus americanus) hunting season, which allows for a lawful annual take of up to 1,700 black bears. Bear hunting is a longstanding North American tradition and bears are a food source prized for their meat and fat by hunters and their families across the continent.
The best available science contradicts the Petition 2021-027, which claims that the black bear population in California is in major decline. The petition extrapolates hunter harvest data to claim the total bear population could be as low as 9,771 animals--a statistic that conflicts CDFW's own analysis, which conservatively estimates the population to be "between 30,000 and 40,000," and to have "steadily increased over the past 25 years."[1] The petition also includes unsupported analysis suggesting a nearly 70 percent decline in the black bear population in California. The petitioners push this unsubstantiated claim to advocate for eliminating black bear hunting in the state, which is a proposition we strongly oppose.
The reasoning included in the petition is flawed on two counts. First, the population numbers cited in the petition approximate total black bear population by extrapolating hunter harvest data--a number that is only relevant to bear hunt zones, not the entire state. According to a recent CDFW Annual Bear Take Report, "as bears occupy habitats outside the hunt area, the statewide population is likely greater than this estimate."[2] This helps to explain the discrepancies between the CDFW's estimated state-wide population size and the annual hunt zone population estimates. However, the petitioners conflate the state-wide population with the hunt zone population, which is how they erroneously claim such a precipitous decline.
Second, black bear hunting success and harvest numbers have been markedly lower since the state banned hunting with hounds in 2013. This reduction in take, compounded by numerous statewide closures of public lands during hunting seasons, has resulted in lower-than-average harvest numbers. Put differently, the decline in bear take is likely correlated to lost opportunities for hunters to hunt bears, and little if anything to do with bear population decline. CDFW has already rejected the idea that lower bear take by hunters means that the state's bear population is in decline. A recent CDFW Annual Bear Take Report says that "the Department expects that the relatively lower population estimates found since 2013 are an artifact of reduced annual harvests rather than a true reflection of reduced population size."[3]
Finally, the petition cites an increase in female black bear mortality as justification for a bear hunting ban. However, the CDFW harvest information data shows the exact opposite. Sow harvest rates in California are no greater now than in previous decades, and in fact are at historically low percentages over the last two years compared to data from a decade ago. In 2019 and 2020, the sow harvest rate was 37.7% and 37.6%. In 2010 and 2011 those numbers were 39% and 42%, respectively. The following excerpt from the CDFW Black Bear Management and Harvest Page illustrates the significance of this data with respect to the black bear population and percentage of females taken within the state:
"One important factor for monitoring the bear population in California is the sex ratio of the bear harvest. It is an important indicator of the health of the bear population. Male bears are killed at a higher rate than they occur in the population as a result of hunter selectivity, and because male bears have larger home ranges and a correspondingly higher probability of being encountered by hunters. So, sex ratios will be biased towards males until fewer males are available for harvest. In the period from 1957 through 1980, the majority of the time the number of females in the harvest exceeded 40 percent. During the 1980s and early 1990s the proportion of females in the harvest was generally lower than 40 percent. This reduction in the proportion of females is believed to be due to reduced mortality in the population because of changes in the regulations and other factors causing the bear population to increase in size."
With the percentage of females harvested in California well below 40% right now, CDFW's evidence suggests that not only is the population of female bears within the state healthy, but also that the black bear population as a whole is healthy and robust enough to sustain the current bear hunt.
In light of these serious flaws in the petitioner's argument, we respectfully request that the Commission counter this unscientific affront to the North American Model of Wildlife Conservation by rejecting the petitioner's request to close the black bear hunting season.
Instead, we suggest that Commission refer the following elements of petition 2021-027 to the Department of Fish & Wildlife so that additional staff time and resources may be allocated to the management of this iconic North American species.
Respectfully, we request that the CDFW:
1.     Develop a statewide population estimate for black bears in California that utilizes the best available data from multiple sources,
2.     Revise and update the outdated 1998 Bear Management Plan, and
3.     Fill the vacant Senior Environmental Scientist position within the Black Bear Unit of the CDFW.
Backcountry Hunters & Anglers is a non-profit organization dedicated to our wild public lands, waters and wildlife. With over 350,000 supporters distributed across North America, we seek to ensure North America's outdoor heritage of hunting and fishing in a natural setting through education and work on behalf of fish, wildlife and wild places. Please let us know if we can be of further assistance regarding this issue.
[1] ("Black Bear Population Information." CDFW, https://wildlife.ca.gov/Conservation/Mammals/Black-Bear/Population.)
[2] (California Department of Fish & Wildlife, 2021, Black Bear Take Report 2018, https://nrm.dfg.ca.gov/FileHandler.ashx?DocumentID=195523&inline. Accessed 14 Jan. 2022.)
[3] (California Department of Fish & Wildlife, 2021, Black Bear Take Report 2018, https://nrm.dfg.ca.gov/FileHandler.ashx?DocumentID=195523&inline. Accessed 14 Jan. 2022.)
WEB | IG
ADDITIONALLY YOU CAN SIGN BHA's ACTION INDIVIDUALLY BELOW