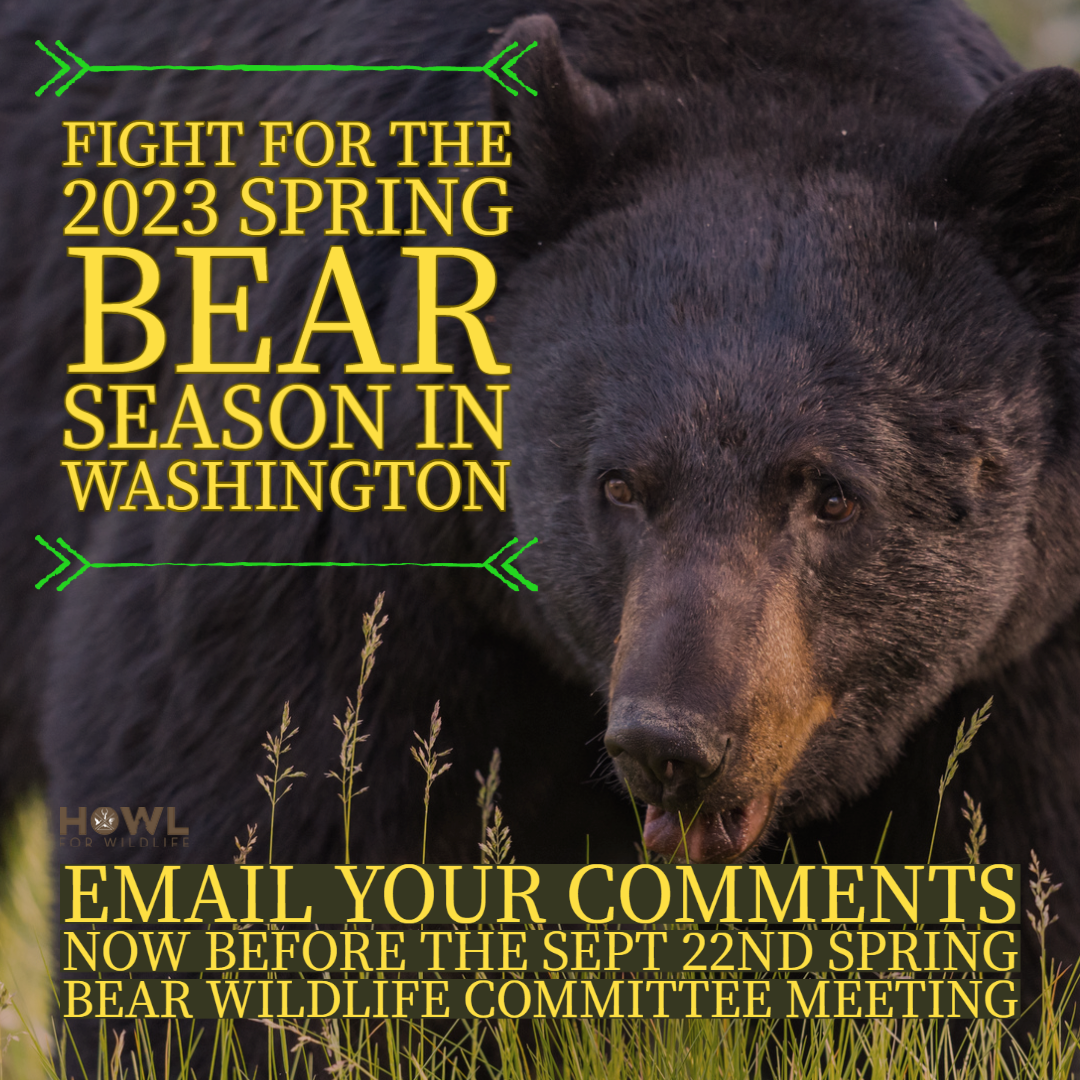 The Washington Department of Fish and Wildlife (WDFW) will be discussing the future of spring black bear hunting in the state of Washington on Thursday Sept 22nd.

Despite heavy opposition from hunters and conservationists across the country, Washington’s spring bear season was put on hold by a 5-4 vote of the Washington Fish and Game Commission on March 19, 2022.

The vote that ended spring black bear hunting in Washington flew in the face of the WDFW’s own data, which has shown, through science-based population monitoring techniques, that Washington’s black bear population is robust and growing.

Despite the recommendations of WDFW staff biologists, certain members of the Washington Fish and Game Commission remained steadfast in their desire to end spring bear hunting.

If you agree with WDFW’s own bear biologist Stephanie Simek, who repeatedly told the Fish and Game Commission that a spring bear season was sustainable in Washington, and you believe that Washington’s robust black bear population can support a limited entry spring hunt, then now is the time to say so.

You will see one of over 60 emails provided below at random for you to use, build on, edit or start from scratch.   Please be respectful.