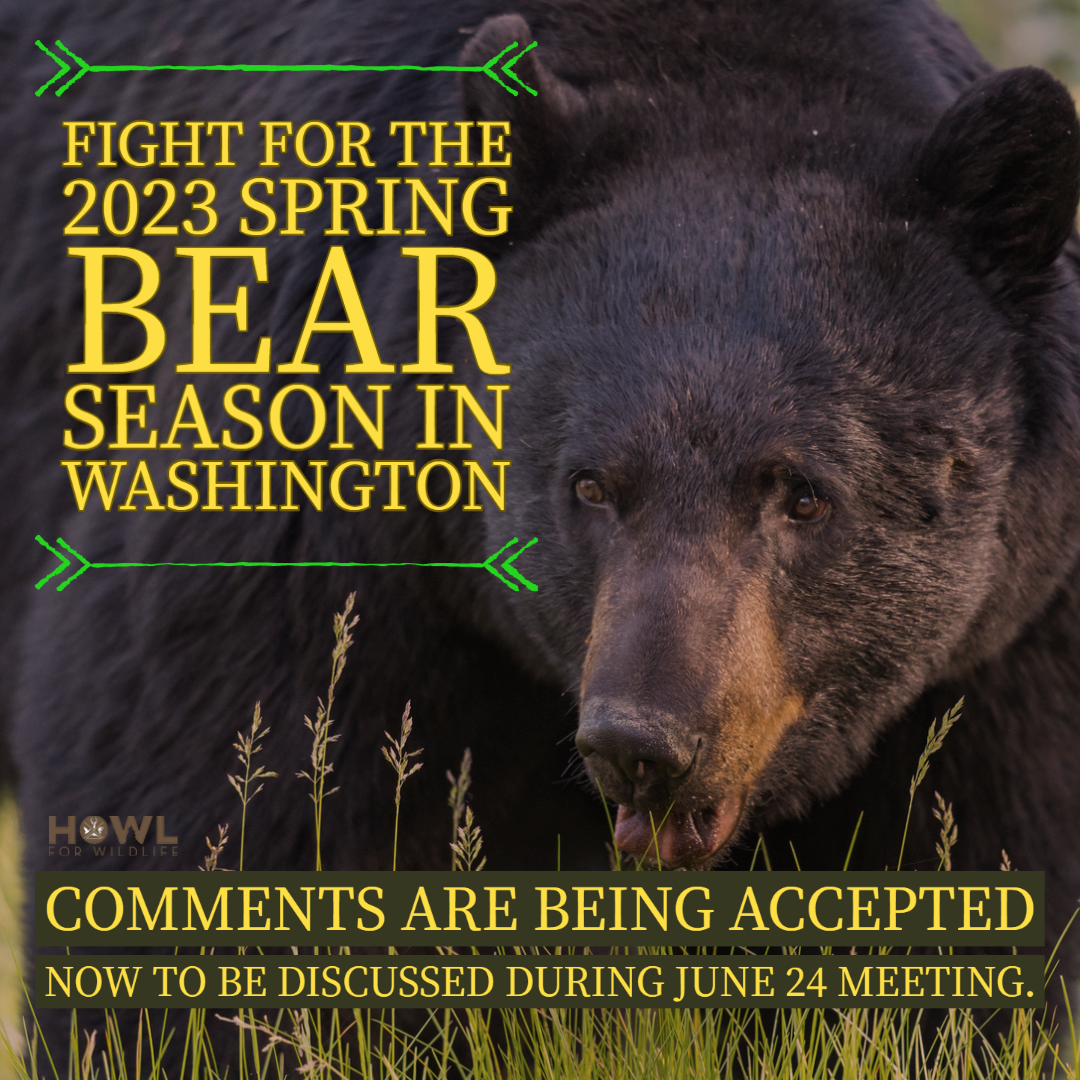 The Washington Department of Fish and Wildlife (WDFW) is accepting public comment regarding the recent cancellation of spring black bear hunting in the state.

Despite heavy opposition from hunters and conservationists across the country, Washington’s spring bear season was put on hold by a 5-4 vote of the Washington Fish and Game Commission on March 19, 2022.

The vote that ended spring black bear hunting in Washington flew in the face of the WDFW’s own data, which has shown, through science-based population monitoring techniques, that Washington’s black bear population is robust and growing.

Despite the recommendations of WDFW staff biologists, certain members of the Washington Fish and Game Commission remained steadfast in their desire to end spring bear hunting.

Commissioners like Lorna Smith and Barbara Baker repeatedly challenged the WDFW science. They cited public opposition to spring bear hunting when justifying their decision and perpetuated an oversimplified and biologically inaccurate narrative that painted post-hibernation bears as too lethargic and disoriented to effectively evade human predation.

Anyone who has ever hunted bears in the springtime knows that this characterization of bear behavior is patently false.

All of these inaccuracies and more were in play when Gov. Jay Inslee finally appointed three new members to the Commission just ahead of the March 19 vote.

These previously vacant commission seats turned the tide on the spring bear controversy back in the favor of those who would like to see it banned forever when all three of Inslee’s new appointees voted to stop the hunt.

Fast forward to May, 2022. With the filing of a legal form called a CR101 on May 4, 2022, the WDFW declared its intent to at least consider altering the rules regarding the spring black bear season.

If the changes make it through this initial “pre-proposal” process and into an official rule change request known as a CR102, then the Fish and Game Commission will be compelled to vote on whether or not to reinstate spring bear hunting in Washington state.

This is the earliest step in the WDFW rule making process, but it provides an opportunity for supporters of the hunt to let the department know where they stand.

If you agree with WDFW’s own bear biologist Stephanie Simek, who repeatedly told the Fish and Game Commission that a spring bear season was sustainable in Washington, and you believe that Washington’s robust black bear population can support a limited entry spring hunt, then now is the time to say so.

The Washington Fish and Game Commission will be discussing the CR101 and the public comment that it generates during its June 24 meeting.

Over 60 emails are provided below for you to use, build on, edit or start from scratch.   Please be respectful.