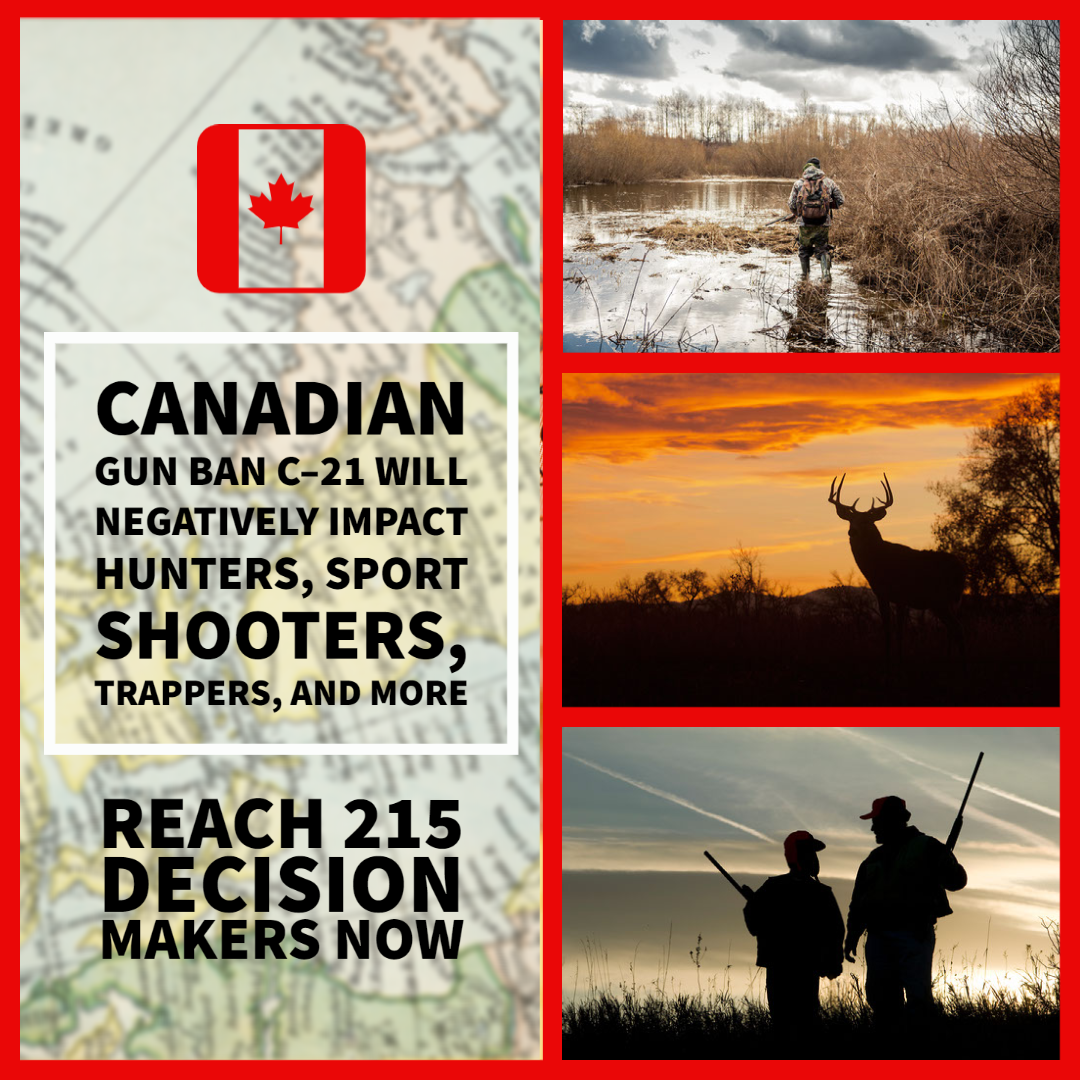 In May 2020, Prime Minister Justin Trudeau announced an immediate ban on what he called “military-style assault weapons.” Under Bill C-71 the Government of Canada banned over 1,500 models, which also included several types of legal hunting firearms.

The Liberal government portrayed Bill C-71 as taking “weapons of war” off the streets. “You don’t need an AR-15 to take down a deer,” Trudeau famously said.

In 2021, the Government introduced Bill C-21, which proposed measures to combat violence and self-harm involving firearms, to fight gun smuggling and trafficking. It is estimated that the gun buyback program for these 1500+ models of firearms will cost upwards of $1 billion dollars which opponents to Bill C-71 say would be better spent on law enforcement and targeting illegal gun use and trafficking. Bill C-21 was known as the Handgun bill and after October 2022 handguns can no longer be imported, sold, or transferred in Canada.

Then in November 2022, a completely unexpected amendment to Bill C-21 was introduced by the federal government which prohibited 514 guns plus variants. The thrust of this amendment is to ban semi-automatic firearms with detachable magazines that hold 5 or more rounds; however, the list of prohibited firearms included other types of hunting firearms and antiques.

This current amendment to bill C-21, if carried forward by the government, would prohibit several other types of common hunting rifles and shotguns. In 2021, the use of legally owned firearms represented 0.2% of all violent crimes involving a firearm yet the thrust of the government’s prohibitions on firearms is aimed at lawful firearm owners.

Mark Hall, the host of the popular B.C.-based Hunter Conservationist podcast, told HOWL the action of banning firearms that are popular with recreational sport shooters, and now treading into the realm of hunting rifles and shotguns, is a dangerous precedent.

“Farmers may protect livestock with one firearm but hunt with another,” he added. “Hunters may go after big game but trap as well, or like to go to the range in the off-season. Sport shooters may be hunters as well.

Please contact the Members of Parliament in Canada and respectfully ask them to withdraw support for the amendment to Bill C-21.

The below action reaches 215 Members of Parliament - Quebec, Liberal, NDP.   We have 50 messages prewritten and one of them will pop up for you to use below.  You can use what's there, edit, add or start from scratch.  If you live in Canada write in where you are from.

Content Provided by: The Hunter Conservationist Podcast and our writers.