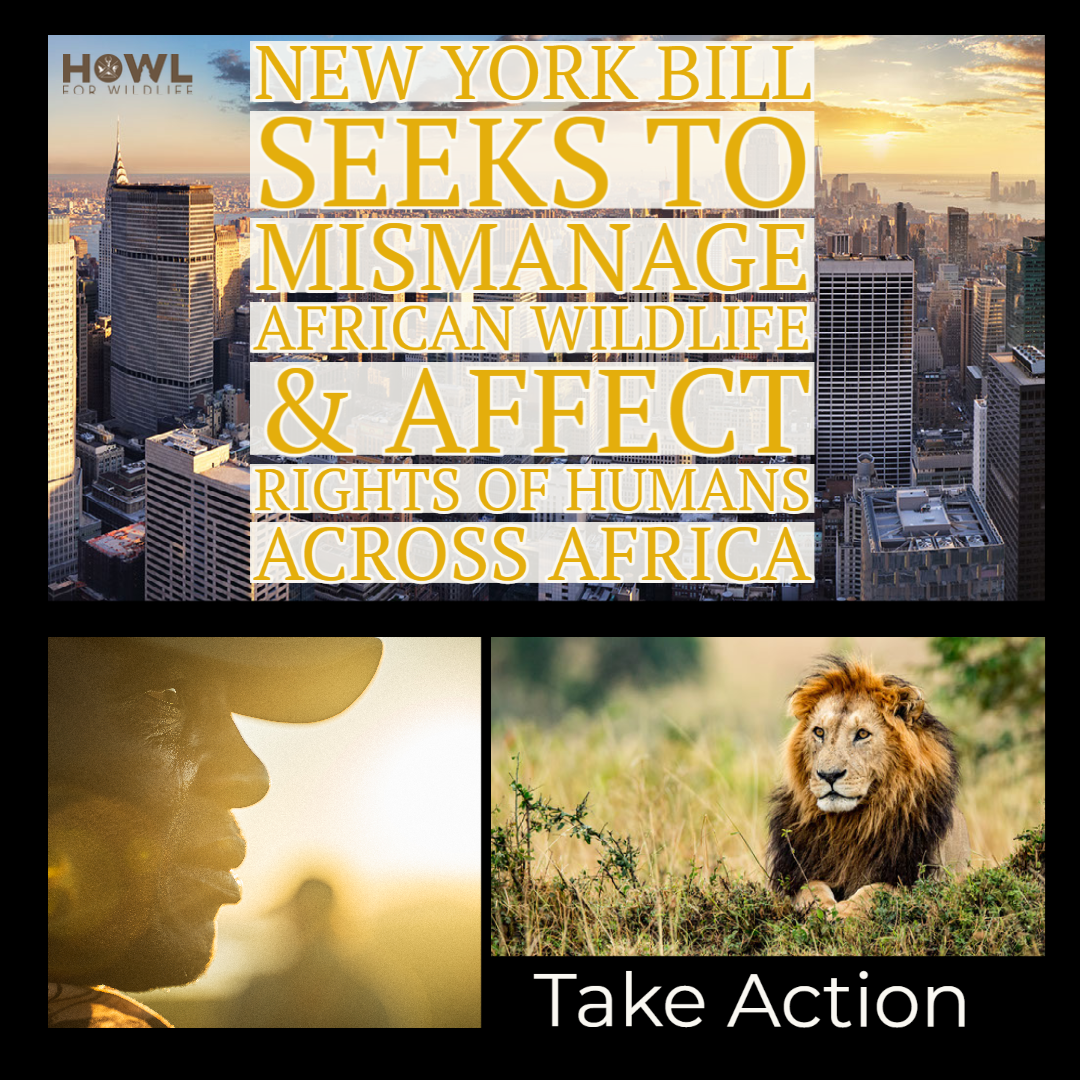 "There is growing pressure to ban trophy hunting, which was an instrumental activity in enabling the recovery of African rhino populations and is currently a key revenue source to fund rhino protection (‘t Sas-Rolfes et al. 2022; Di Minin et al. 2021). As with trade regulations, consideration of the local contexts in which trophy hunting takes place is essential, as are the likely implications of restrictions on hunting for both local livelihoods and rhino conservation (Parker et al. 2020)."  Full link to report

Hear what Robbie from Blood Origins had to say about banning hunting across our globe.

A584 in the State of New York is the "Big Five African Trophies act" that seeks to ban the importation and possession of certain species and A518  adds provisions which specifically prohibits the import, possession, sale or transportation of any of the "big five African species" and give any law enforcement officer authority to enforce this prohibition. The following animals are included: African Elephant, Leopard, Lion, Black and White Rhino, and Giraffe.

This legislation, introduced by Senator Rosenthal (D), goes against decades of scientific research that has been compiled by wildlife experts in African nations, the International Union for Conservation of Nature (IUCN), the U.S. Government, and Parties to the Convention on International Trade in Endangered Species of Wild Fauna and Flora, among others. That research reveals that hunting generates incentives that protect habitat, reduce poaching, provide revenue for social services and infrastructure, and encourage local stakeholders to participate in the conservation of these species.

It is well documented that the largest populations of lions, elephants, leopards, rhinoceroses, giraffes, and many other species live in countries where highly regulated hunting exists. In 1895 there were fewer than 100 white rhinos in Africa. Today, according to the IUCN, there are an estimated 18,000 white rhinos, due largely to hunting programs and the conservation efforts associated with them. While the black rhino (Diceros bicornis) population in Africa declined from an estimated 100,000 individuals in 1950 to 2500 in the early 1990s, numbers have since doubled as a result of conservation measures (Emslie and Brooks 1999; Emslie et al. 2018). The IUCN reports that importation restrictions on species like the African elephant, black rhino, white rhino, and lion "could likely cause serious declines of populations."

By taking action below you'll be sending one of over 60 pre-drafted emails to 17 decision makers surrounding this subject (NY Environmental Conservation committee and NY Corporations, Authority and Commissions Committee).  Of course you can edit these emails or add your own to reflect if you are a resident that would be affected by this bill, or your own personal experience for example.  Please be respectful.